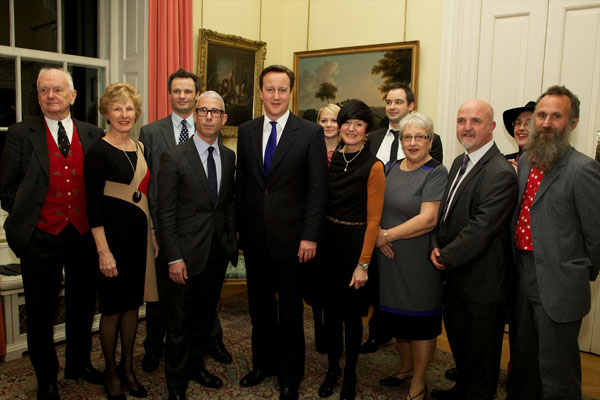 “When the idea was mooted of a group of volunteers taking over and running Beccles Lido, it’s likely that there were more than a few cynics who were convinced it could not work.  They have certainly been proved wrong.  Beccles Lido Limited has done an extraordinary job, turning around a loss-making attraction and making it return a profit.  Those behind it richly deserve the prime minister’s Big Society Award.  But it would be a shame to see this project become too politicised.”

Much has been made of the Big Society, both in the press and by the Government, but when we set out we had no agenda other than to save our poor old swimming pool, sadly neglected and closed by the district council.  But in doing so, we inadvertently began to embrace all of its fundamental principles:

More than 100 people freely gave of their time and skills for more than 10,000 hours to re-open the pool as Beccles Lido; and in so doing, we became more environmentally aware, embracing renewable energy and other green and sustainable means of making our pool a vital and thriving business. Since we re-opened, even more people have spent even more hours volunteering to run Beccles Lido and Beccles Lido Limited.

So in November 2011 we were delighted to accept the prime minister’s Big Society Award 2011 on behalf of all those volunteers and local organisations and companies who helped us to save the pool and create Beccles Lido.  It was a fantastic endorsement of BLL’s charitable, social, sport, health, business and environmental goals.

In presenting us with the award, Prime Minister David Cameron said: “Beccles Lido shows the great things that can happen when the power of a community is unleashed.  Through your passion, determination and great community spirit, you have shown what the Big Society is all about and created not just a wonderful new lido that the town can come together and enjoy, but a stronger community too.”

Click here to read the full press release from Number 10.

Galvanised by our success with the Lido, and even before the award, we had already started our next project: to save Beccles Public Hall.  New Directors had been identified, new volunteers had come forward.

For BLL, there is no political allegiance or agenda beyond wanting, passionately, to save our precious local assets from being sold, run down or closed by a cash strapped local district council, who can never fully understand or represent the needs of our local community in Beccles; and to prove that the local community can manage them more successfully, profitably, and become even more of a community in the process.

“The real driving force behind BLL was not Big Society, it was the intangible, but unstoppable, force called community spirit.  It will continue to exist long after the government buzz phrase has been shelved.”

They were right!  Whatever next?